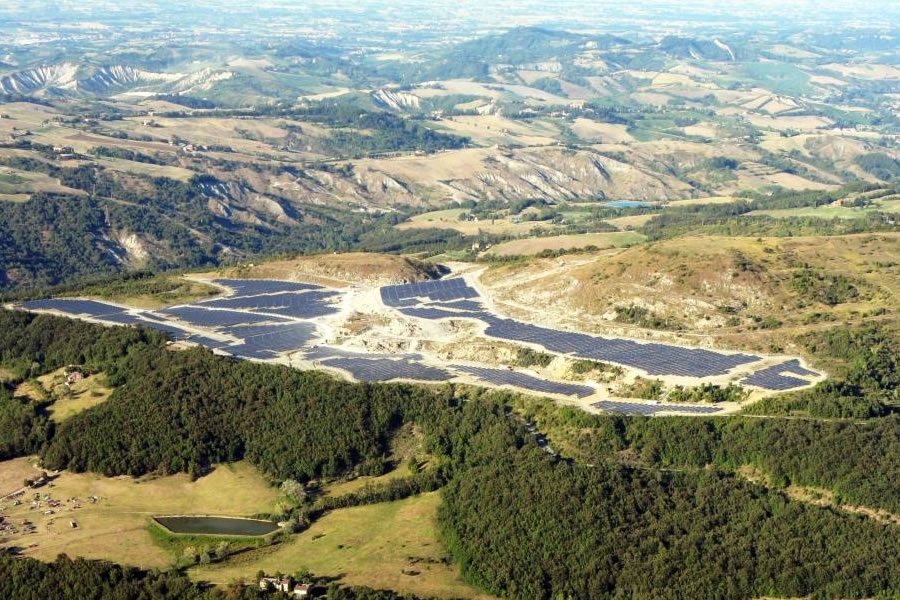 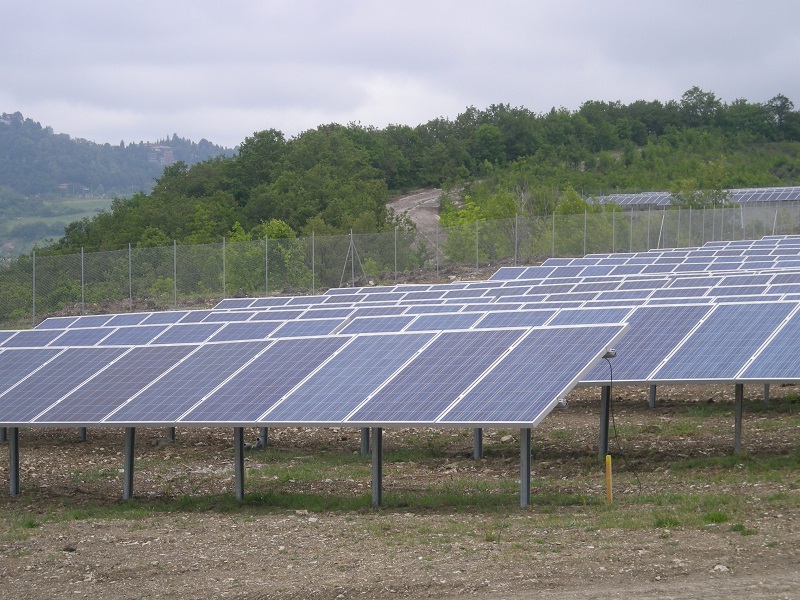 Solar energy is the most widely available source on earth.

A source with an inexhaustible flow that stimulates R&D to exploit every application.

It is the result of the sun's radiation and is converted into thermal or electrical energy.

We have developed some PV projects. But, before going into details, let’s have a look to the technology.

The PV system is a set of chemical, electrical and electronic components combined to capture and transform solar energy, making it usable as electricity. It happens thanks to a physical phenomenon, known as photovotaic effect.

When photons (energy particles from the sun) hit a PV cell, some energy is absorbed by the material, while some electrons flow though the material itself, being a semiconductor producing DC (direct current) collected on the surface of the cell.

The cells are connected one to each other in series or in parallel to form a module, the basic component of any PV system. Modules can be connected together to built up electric power plants.

PV systems can be classified as:

In the former, the generated current is sent to a converter (inverter). An AC (alternate current) is produced, which is transformed into medium-voltage current by a transformer, before being fed in the transmission line.

Stand alone plants can supply electricity loads either in DC (direct current), without any inverter, or in AC (alternate current). They are generally equipped with a storage system to guarantee electricity in case of cut off. This happens through electrochemical accumulators (batteries).

Grid-connected plants are not equipped with storage systems as the energy produced during sunshine is fed into the grid. Vice versa, during hours of reduced or no irradiation, the grid feeds the local energy load.